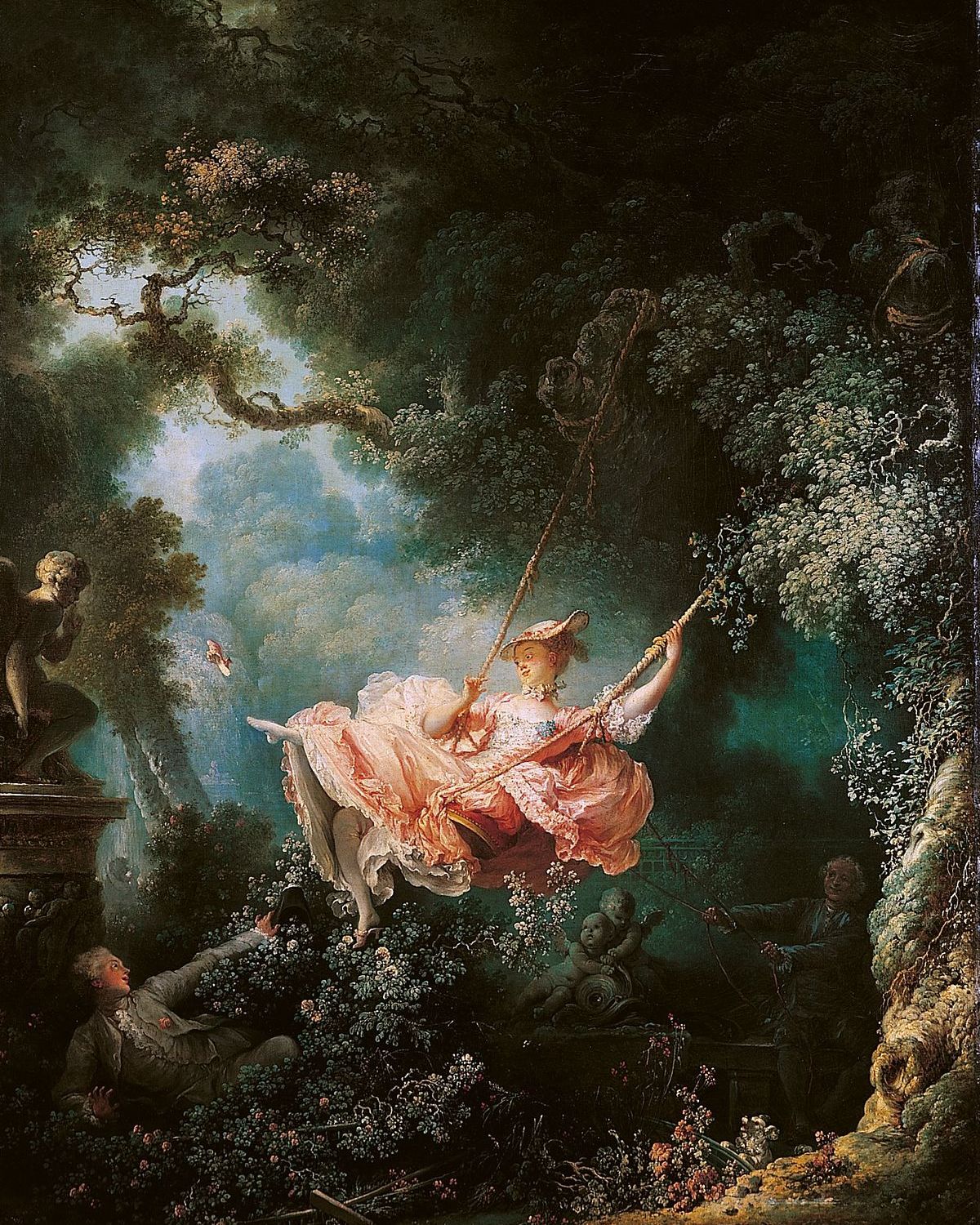 In the nook of a forest, in between two large trees, Romuald had  put  up a swing for Felicity to enjoy . Her laugh and the smile in her eyes lifts Romuald’s spirit, transporting him to  a world of joy and spontaneity. They feel alone in the world. A simple set of ropes and a small piece of wood creates magic and beauty in the dark setting of a forest.

Earlier, an overcast sky had accompanied the two lovers’  quarrel. They both knew they would have that  conversation, so Romuald had brought with him the necessary equipment to make things better. Drowned in tears, unable to articulate the words that were coming out of  her delicate mouth, Felicity had walked ahead, striding over the branches in her way . When she wasn’t able to hear Romuald’s words anymore she had turned around and realised he had paused a couple of metres back.
He was bent over moving  his arms. Annoyed and exhausted from her emotions and the walk, Felicity had taken  a few steps back. He then told her to shut  her eyes and trust him. She felt furious but resigned to close her eyelids. She loved him deeply, but he preferred his career to her tender smile, her curious eyes and her golden curly hair. He had booked a ferry to New York for the following week without telling her. A one-way ticket.

As she reopened her eyes, she saw his face, ecstatic before his craft. He offered his hand to help her climb onto the seat and reassured her with a caring smile.
The frills of her dress began to float in the air. He sat down on a bed of violets, admiring the scene: despite the anger he had made her feel , he believed he had made her happy.
Felicity wasn’t happy, but perched on the swing, she was able to forget  her miserable choices in men. She closed her eyes again and tried to feel the wind caressing her cheek. As she gained more height, her shoes dropped onto the grass, and as she gained more speed, her fingers gripped  the ropes harder. She smiled at the thought of never having to face reality again.