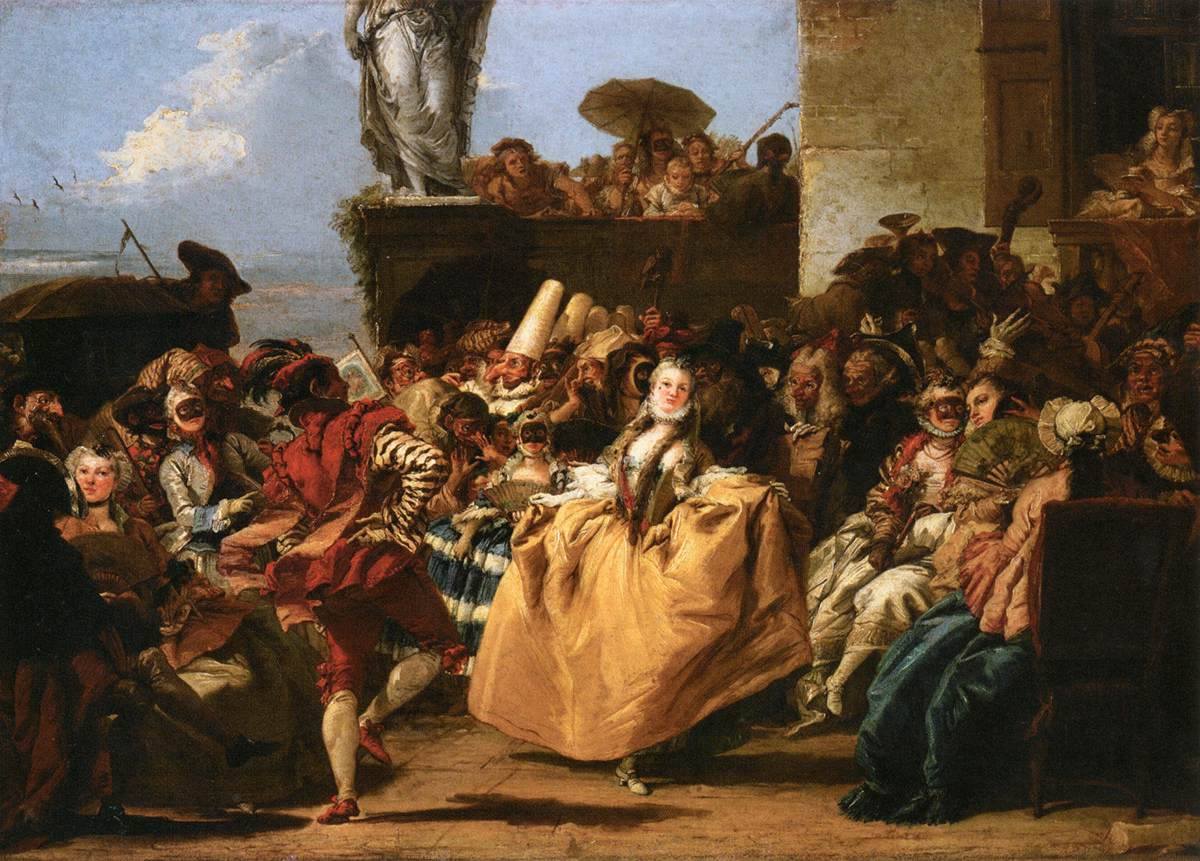 And she dances majestically holding her dress. The heavy satin fabric pinched between the two fingers of her frail hands. One foot forward, the other one placed behind her svelte figure, her throat trapped in the thousands of delicate folds of her ruffled collar, the young lady loses herself in the moment. Encouraged and applauded by the crowd, she tilts her head from one side to side , swaying  her hips to the tempo, and acting with her face to express the drama of the music. Her dancing companion is a stranger, and so are all those spectators whom she has never met before but who seem to trust that she is the best entertainer they have yet met.

In the streets of Venice, music is in full swing. Costumed bodies and masked faces stroll on the pavement, enhancing the Carnival’s energy with positive vibrations. The young lady is a visitor from Milan and has spent the last few days in a dismal  mood, ending her relationship with the man she thought would become her husband. She has been wandering the romantic aisles while succumbing to gelatos and mozzarella sandwiches to console herself from the pain she was feeling. When she heard the festive sounds of drumming, flutes, and cymbals echoing from afar, her heart ceased mourning and hope grew strong in her chest. Using the palm of her hand, she wiped off the tears running down her cheeks, swallowed the last bit of cheese in her mouth, and marched, fierce, to what would  take her sorrow away. And she began to dance majestically holding her dress.