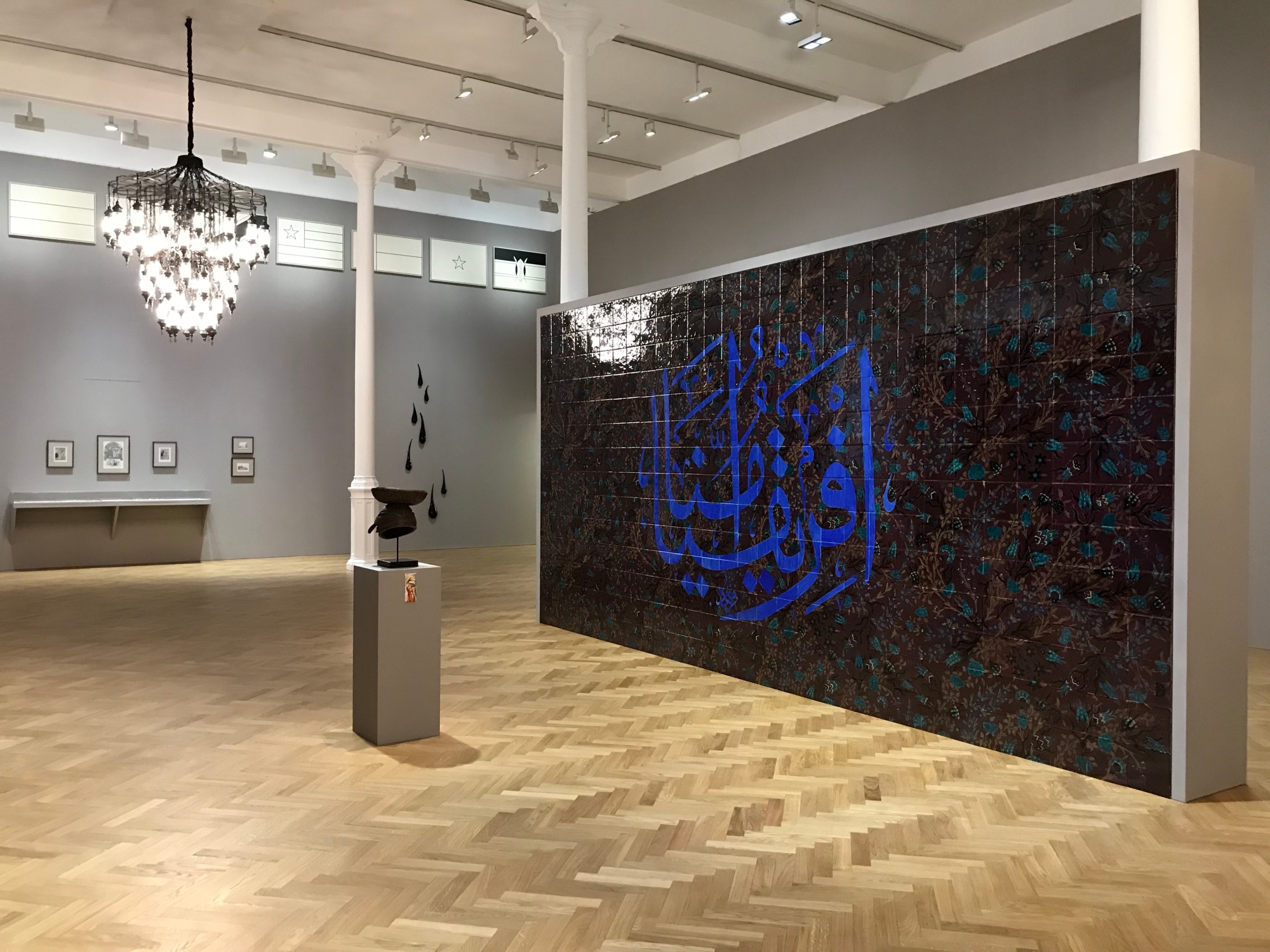 Afro Kismet is visually alluring and intellectually engaging. The art’s nature strikes with its versatility. Sculptures, etchings, and paintings are at the heart of American artist Fred Wilson’s installation. Originally presented at the Istanbul biennale in 2017, the entirety of the work resurfaces today at Pace London.
Wilson is adept to  presenting unsettling, borrowed or reworked museum pieces . As a whole, they contribute to misleading the viewer, unveiling a truth which he seems to be the only one to hold.
Afro Kismet was first presented in the Pera museum at the Istanbul Biennale in 2017. In 2003, while representing the USA, he had already presented a similar model at the Venice Biennale in 2003 in Speak of Me as I Am where he dealt with Renaissance Venice and the role Black Africans had played, combining authentic paintings and art works while melding them to historical artefacts. 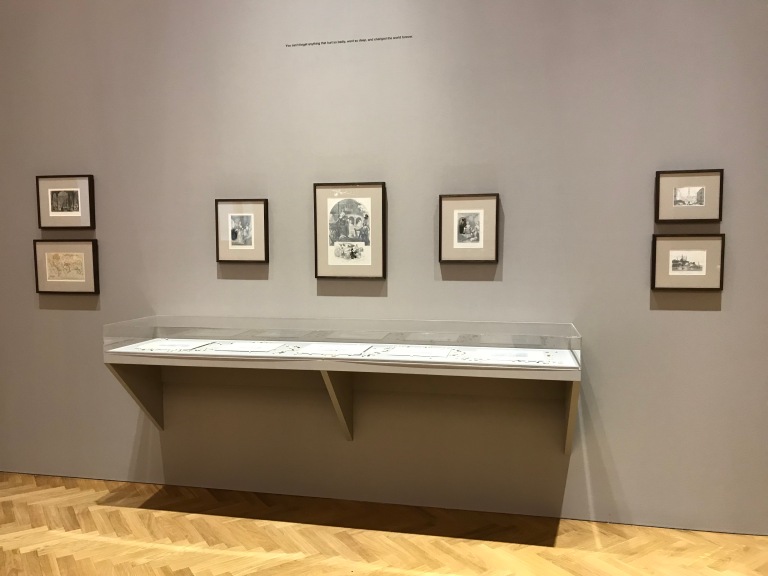 In Afro Kismet, the artist explores African legacy  in Turkey. Kismet means fate in Turkish and from the beginning, the title reflects the installation’s narrative as we are about to embark in a historically rich voyage across  a culturally rich empire. Wilson demonstrates the hidden facets of African descent communities.
On one wall, black glass drops  trickles down while two bold Iznik ceramic tiled-walls (characteristic of the 15th and 16th century Ottoman empire) stand opposingly, their centres inscribed with bright blue Arabic inscriptions translating as “Mother Africa” and “Black is Beautiful”.
Two imposing black, white and transparent Murano chandeliers  dangle at both extremities of the room,  casting an aura over everything below them.
Among those pieces, Wilson has voluntarily placed original paintings dating from the 19th century. Paintings by Orientalists William James Muller, Rudolf Ernst and Alfred De Dreux depict the reality of black individuals as part of the Turkish population in south-eastern Europe, western Asia and northern Africa. Some of the etchings have been reinterpreted with tracing paper  used to spotlight the characters in  the scenes and draw sharp attention to black figures.
This type of presentation is Wilson’s trademark  style, blending pieces borrowed from museums with his own creations . Sculptures and furniture encountered on his trips to Istanbul have been  meaningfully arranged to symbolise protestation and simultaneously encourage the viewers to question their own explanations.

Wilson’s strong intent is subtly camouflaged in his artistic endeavours. The political activist claims in the gallery’s press release, “A new meaning emerges from the coming together of art and history”.
Although the pieces are set as a whole, they express more meaning when encountered individually. It is the same perception as visiting a museum: the exhibition has a specific theme, but each artwork  transports  the viewer to different reflections, one more captivating than the other. One is taken back to the condition of African existence in the Ottoman Empire, inviting one  to research African slave heritage in our present time. Afro-Turks,  a term coined by Mustapha Olpaks to rally individuals in search for their true identity,  are in fact a black minority in Turkey today.

It is easy to stray from the unspoken truth which can be found in African descent in Turkey, but it is equally  astonishing to think that the starting point was Wilson’s art.