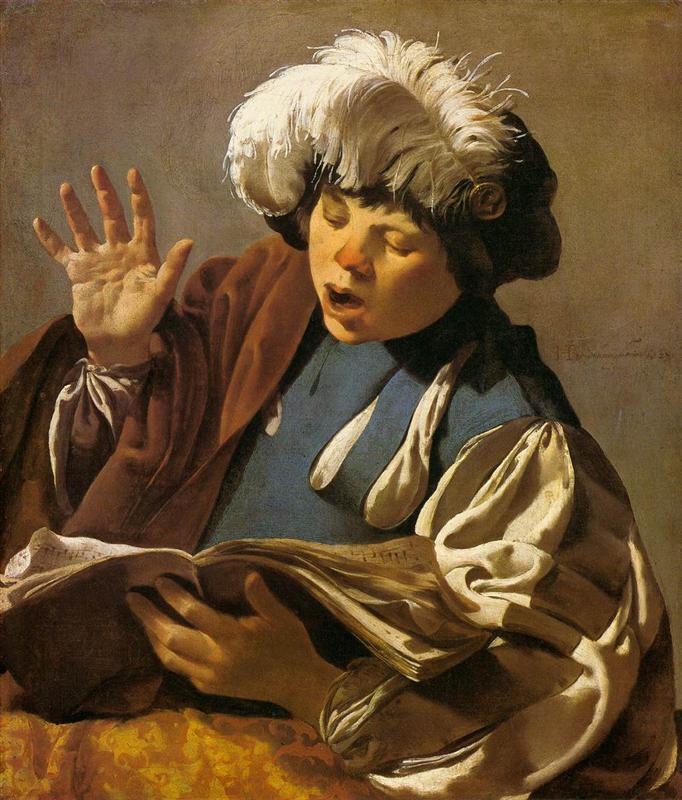 His score open, one hand in the air, the boy sings. He warmed up his vocal chords, his coat on, hat on, walking back and forth along the rehearsal room in the coldness of this January morning. As his skin became accustomed to the freezing temperature and his body cosied under the layers of clothes, he sat down and undressed his left shoulder.

The boy kept singing despite his red nose and his fingertips slightly frozen still. He hummed melodies, chanting lyrics at a higher tone. His duty is to entertain the court every night. Therefore, he only has mornings to rehearse and test his voice. Despite his young age, the boy is a perfectionist.

His mother, also a singer taught him discipline and perseverance. She did not have the money to send him to school so she took out the books she herself used as a child and homeschooled her boy. The classes she taught were interspersed with ballads, carols, and lullabies. Whether it was raining, snowing or beaming outside, the atmosphere remained cheerful in the household. Singing is the prayer which raised hope in their lives, illuminated the sulkiest day, and enlightened their hearts with passion.