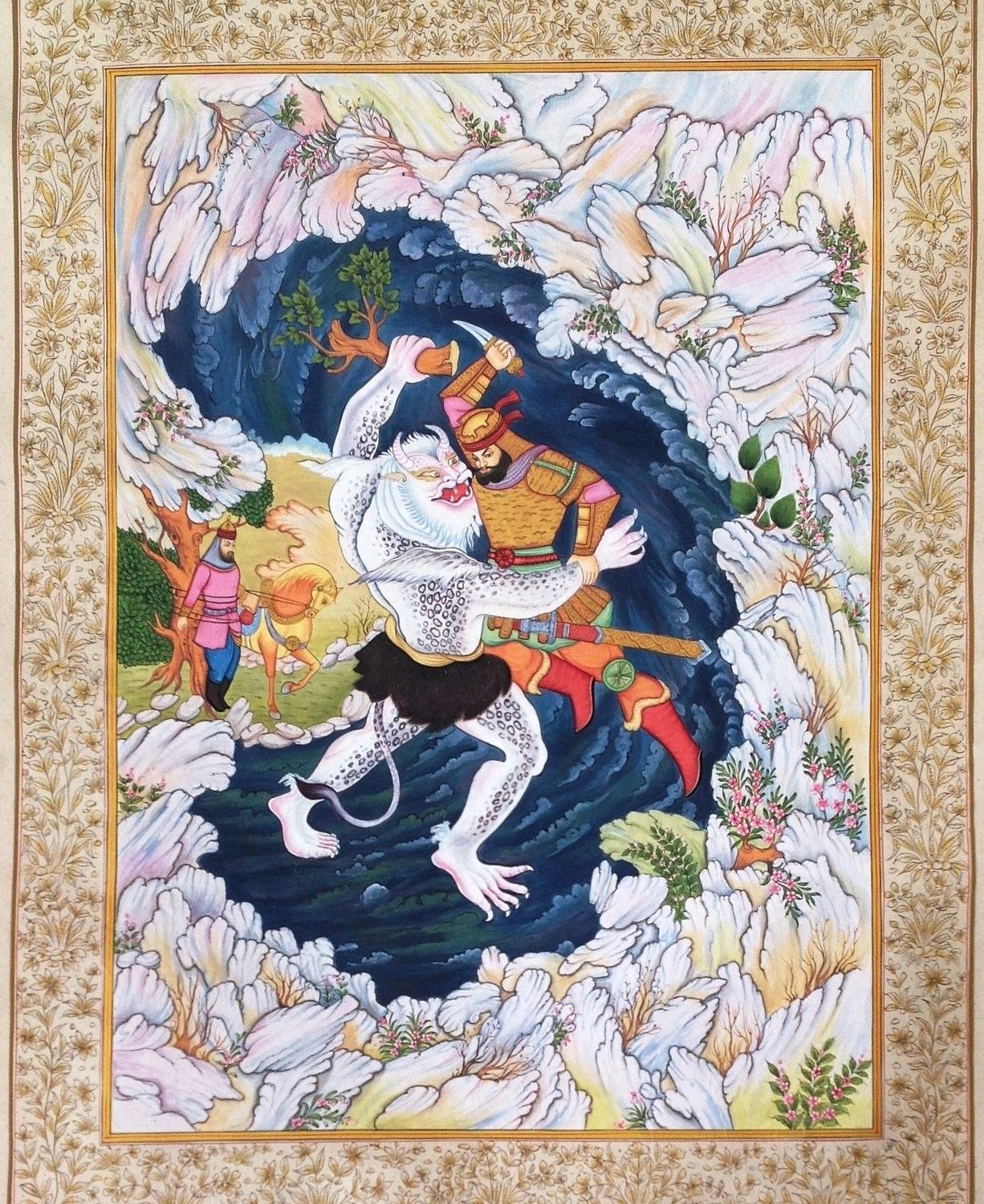 The creature ran to the soldier’s side, grabbing a branch on its way through the forest and rushing as fast as it could. The soldier is guarded by its shield and armed with sharp and shiny weapons.

One is using speed and chance, the other accuracy and agility. The battle between the two agitates winds, leaves and dust spiralling in the air. The storm roars alongside the two characters, adding one more opponent to the battle.

Like a dance, limbs entwine, hands seize a wrist, arms fly up and eyes menace and pierce. It is a balanced dual, two fierce rivals fighting for their lives.

As the wind brushes the sea, and the waves grow greater from the surface of the water, mountains participate by throwing their white icy coats into the whirlpool of chaos surrounding the scene.

A creature and a soldier dream of victory and nothing less. Each of them wishes to crush the opponent and watch the lifeless cold corpse drown until it reaches the depths of the sea.

From there, the twirl of wind should decelerate, the air warm up and waves become calmer, allowing the victor to return to reality, realise what just happened, and savour the moment, until it has to fight again.