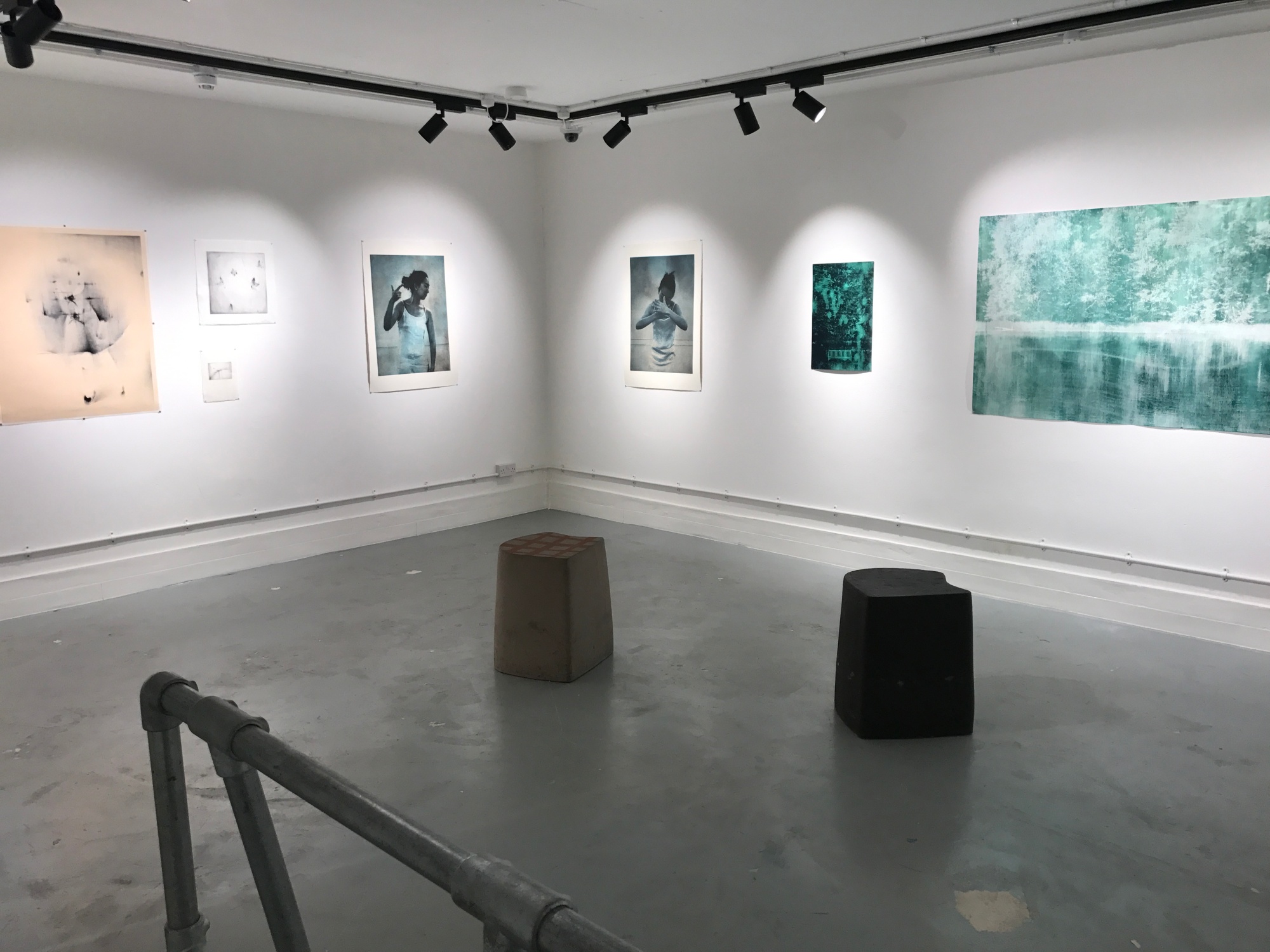 Behind the gates of a former bank, following corridors which lead to vaults and heavy armoured doors, we are brought inside small rooms where prints, lithographs, etchings, aquatints, reliefs and serigraphies are on display. Poetry of Place is an exhibition which gathers the work of various artists who explore their relationship with meaningful places.

The unusual set-up is perhaps what strikes most, when descending The Koppel Project gallery’s flight of stairs. Within the glacial and intimidating vaults, most of the prints have been pinned to the walls, conveying authenticity and humanizing the surroundings. Others have been hung in the corners of the space, at times ingeniously, at others, perhaps too hastily, neglecting the overall harmony.
The common thread follows Sōsaku-hanga, meaning “creative prints” in Japanese. This pre-war movement celebrated the artists who were the only origin of their production, a stance they took in opposition to the regular methodology called ukiyo-e.
Similar to a collaborative project, it consisted of working alongside a carver, a printer and a publisher. The works shown at the gallery span from 2015 to 2017 but reflect the Sōsaku-hanga movement.
While the majority of the curated artists originate from Japan, others stem from Europe and translate their perception of their environment as an exploration of themselves as elegantly as their Nipponese peers.

Monochrome or a multi-palette, the content present in each artwork is distributed onto the surface through infinite traces and details. The work of Katsutoshi Yuasa attests to this practice in Sangenes Sang. From afar, I perceive a landscape yet at closer range, a multitude of fine vertical short lines appear.
Kanako Watanabe produces her final renderings by printing 20 or 30 times on both the surface and the reverse side of the paper. Unsure if the same process was used for the pieces shown here, I appreciate the geometrical and poetical perspective the artist chooses to unveil.
Although the prints share the same thread, each varies by their tones and the artist’s personal implication. I sense that either the authors of these works excluded themselves   from the depicted images, or as in Stephen Mumberson’s pieces, the prints act as a self-portrait or a mirror of their souls. English Landscape and Bones of Landscape both stage a woman, who lays on her back, arms crossed and eyes closed. The only path to this macabre landscape is from the swift strokes which compose the subject matter.

I can relate to the artists in regard to how they perhaps feel detached from reality or lost in the realm of their imaginations. This understanding is engendered by the “hand-made” nature of these prints throughout the exhibition.
As I gaze throughout Poetry of Place, I find myself voyaging to where which each artwork is a destination and each line an encounter with the artist.