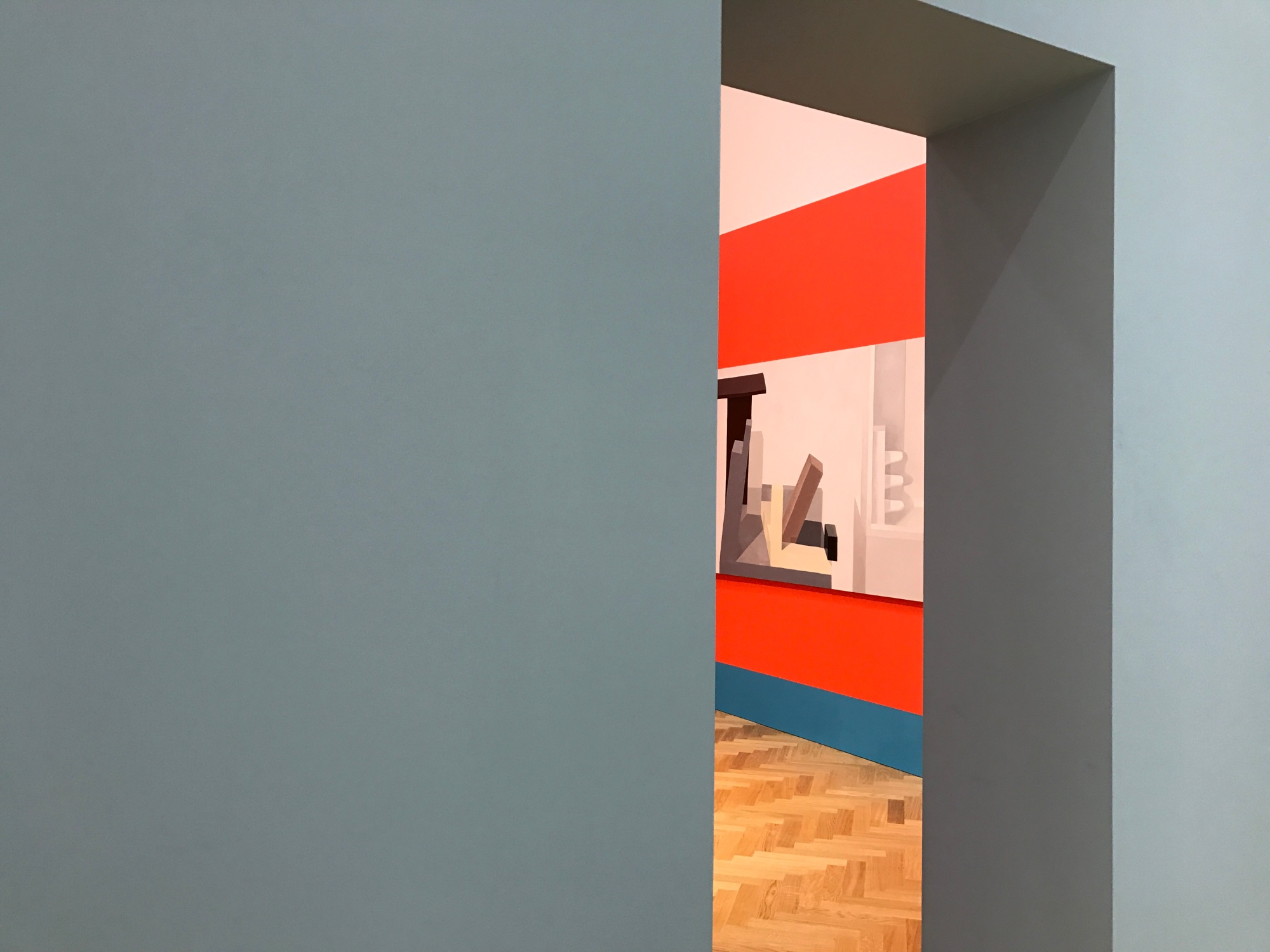 Visiting the latest exhibition at Pace gallery is unusual. It is not about gazing from one artwork to the other, but rather appreciating the pieces and the décor as an ensemble. Arranged by the artist, Nathalie Du Pasquier herself, the setup is entertainment for the eye and an equation composed of colours and shapes. Du Pasquier is a French artist who has travelled to Gabon, Mali, and Niger before later working alongside the members of the Memphis group based in Milan. Her aspirations are filled with colours and patterns which she experimented with in her beginnings. By creating textile patterns, she grew drawn and connected to the forms themselves rather than to fashion.
In order to understand how the artist has evolved throughout her artistic career it is important to know what defines the Memphis group. Founded in 1981, the designers and architects draw inspirations from art Deco, Pop Art and Kitsch movements, and their aim was to offer colourful, bright shockingly arranged pieces and promote individualism and personality. Since 1987 Du Pasquier’s work has shifted from design to art, but the lines between the two are decidedly blurred.

On the walls, paintings depict geometric shapes in bright blocky colours. In close proximity, sculptures which the artist uses as models are displayed on pedestals, or mounted directly on the walls. These play a part as well in the configuration of the exhibition. Painted in red or light olive, bands and lines contour some of the art works, highlighting the different patterns and creating vivid contrasts. The sculptures and the paintings are often displayed next to each other, creating the illusion that they belong together, or that at least they should be looked at as one single piece. In reality, it appears that the entire floor is outlined to produce the effect of a continuous flow of vertical and horizontal lines that appear to come together to form a shape, undo themselves and then then re-assemble to form a different shape – similar to an animated figure that moves through a continuous line, at times posing inside a canvas, at other times stopping in shape of a sculpture.
In the landscape of geometric shapes and bright colours, one part of the room stands out. A space has been walled and painted in red-orange and blue in which still-life paintings are displayed. The work here has more depth, enhances perspectives and is a stark contrast to the work outside, which plays with dimensions and combinations.

The title expresses a timeline. The passage from one work of art to another symbolizes the constant shift in time and space of bodies and movements. It is an abstract concept which in theory is perhaps intuitively grasped, but as I circle around the gallery I am able to step back from my standpoint and create a vision of the ensemble. The rendering is intriguing as it seeks to engage other senses than the ones I am used to when facing classical paintings. In this case I am inclined to put aside my thoughts and feelings and follow in an almost robotic way, the geometrical patterns. It is interesting how the elements in the room, including myself, suddenly seem to be moving in a different dimension, away from the present moment, further into the future.