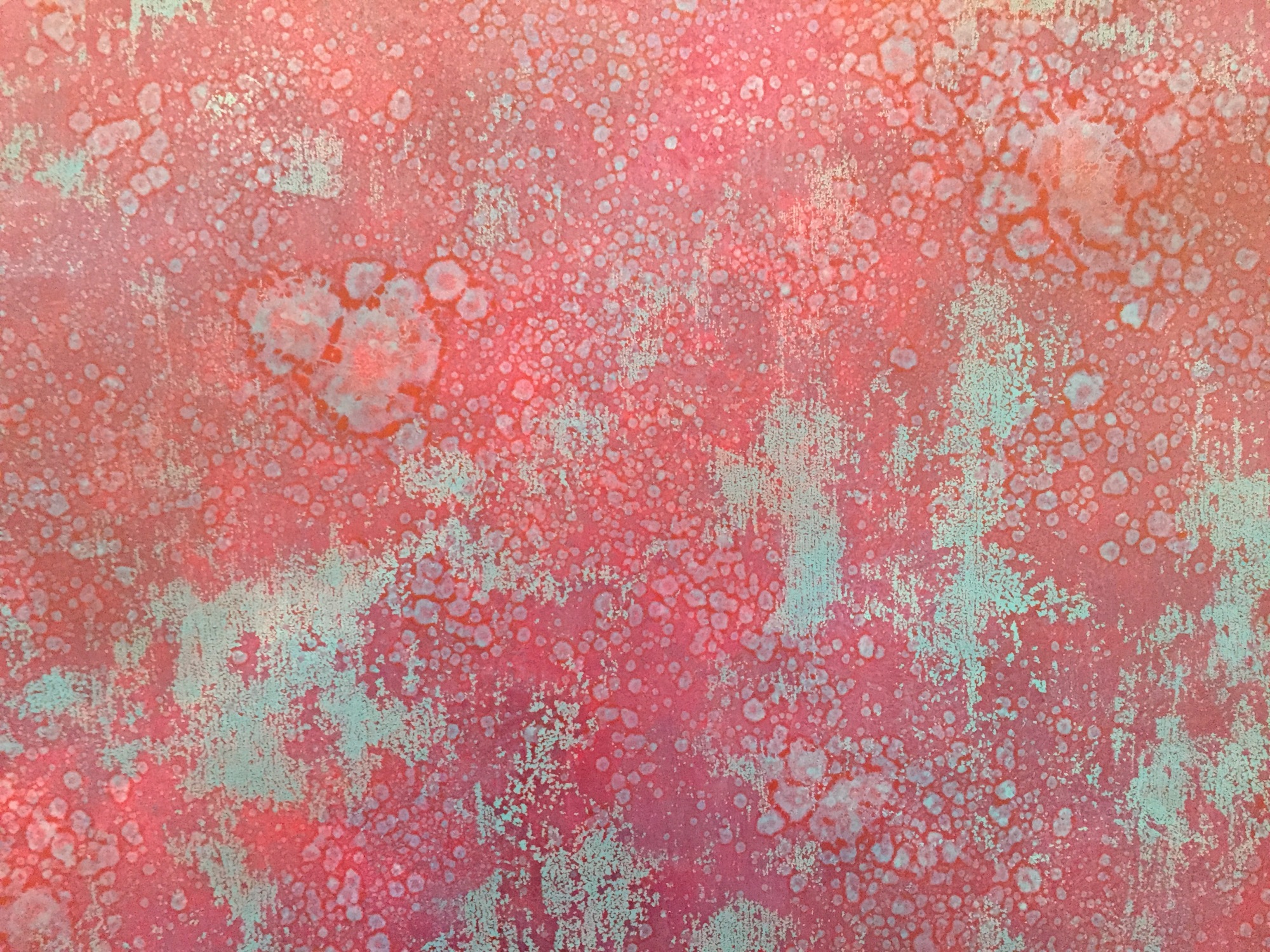 A continuity of panels depicting a landscape of shadows and clouds in a gradient background is the first encounter of Aisha Cahn’s work at the Saatchi Gallery. Each canvas is composed of different colours blended with iridescent tones. The content is abstract, showing glowy organic shapes which intrigue the eyes and are even more spectacular observed from afar. A red toned painting in particular, gives a sense of semi-reality with perhaps an alien aura floating on its surface. Half from outer space, half terrestrial, the ensemble picks my brain without giving me any emotions. As I approach the Petri dishes on the left side of the room, my speculations are confirmed: this is a science project which entices feelings without ever reaching completion.

Aisha Cahn is an artist whose personal story is entangled with this presentation. As she accompanies her mother during her cancer treatment and stands alongside her until she passes, she collects information about the disease and the treatment, immersing herself into the process. All the research is therefore documented in-between herself and a canvas, by the means of a pencil, and a paintbrush. The renderings show the same subject matter using multiple supports, spanning from paintings, installations, drawings, and silk prints. Cahn focuses on the cancer cells and represent them in all kinds of forms. In the corner of a room, half shadowed, half revealed by a dim lighting, a multitude of turquoise, almost transparent, discs levitate from the floor of the gallery. Their shadows create the illusion of multiplication, as they become higher in number than they appear to be. As a result, I am drawn into this installation which I find successful and interesting, but at the same time the realization of these discs being cancer cells elevates a terrifying feeling. I wish the exhibition had ended on that note, leaving tangible emotions to reflect on, an unwanted, but needed introspection imposed by the artist.

The rest of the series brings me back to my first impressions, a long list of canvases sitting next to each other which are beautifully depicted but which don’t move me at all. I wish I could have shown empathy in an indirect manner through Cahn’s visuals, feeling the pain and the anger that surely she must have felt. Perhaps I am wrong and what I am witnessing is exactly what it is supposed to be: the denial of a human being who has seen her mother passing away in a slow process. Filled up with the inability to breathe or express any sentiments through her anticipated grief, the artist follows the cancer cells like a pathway which, if taken backwards could lead up to the cherished memories of her mother.