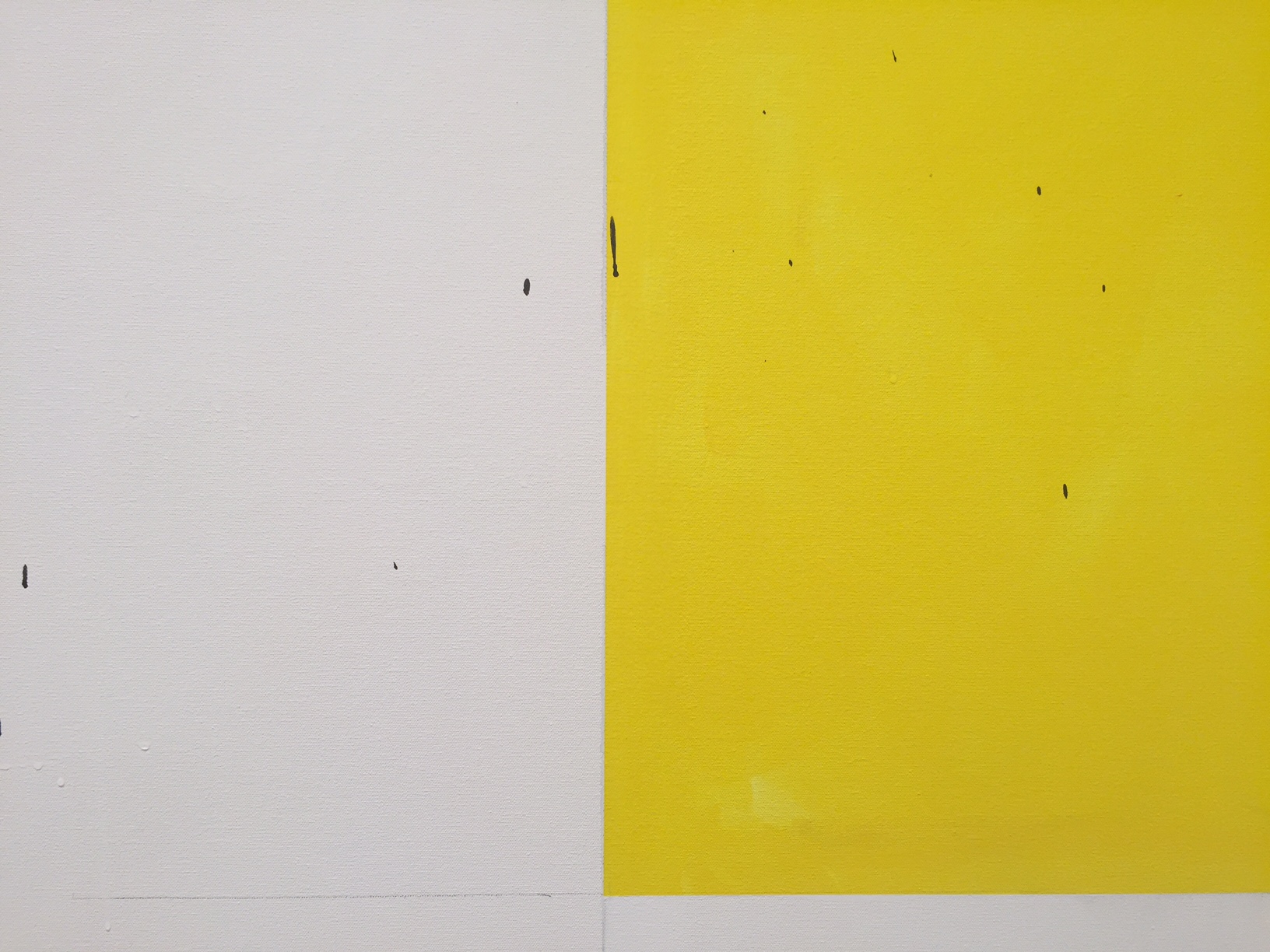 On Maureen Paley’s two-levelled gallery, canvases, installations, and sculptures from the collaborative work of Gardar Eide Einarsson and Oscar Tuazon are on display. Both artists have been working together for a while and demonstrate a new language which decodes today’s political and social realities to reconfigure a new meaning, perhaps more accessible, obvious, or challenging for the public to fathom.

Tuazon’s work is identifiable by the industrial material he uses to bring new functionality to a space. It connects here with the pieces produced by Einarsson, which consist of large scale canvases imprinted with abstract political connotations and images. The gallery also displays works signed by both artists and demonstrates their continuous exchange of information within the current political context.

They both use found objects, materials, and existing images which are then re-assembled to create new narratives, meant to give birth to new meanings and reflections. Although it seems easy enough to look at dented sheet metal and empty cardboard boxes spread on the floor, surrounded by a black and white portrait and a raven, it is not that obvious to take all of these elements and reflect freely on their meanings. As I progress into the gallery, subjects from the current world context come to mind, such as division, capitalism, escapism, and isolation. The renderings here at Maureen Paley are the expressions of traumas and interrogations facing current ideologies. They do not seem to be the result of reflections, and do not seem to answer questions. Behind the constructions and fragments of materials hides a representation of the world as seen through the eyes of individuals who dare to, amid the chaos, question, lead, and bring other like-minded individuals to do the same.
Through these works, Tuazon and Einarsson share the idea that coming from the same place, like anyone else at this present moment, from any part of the world, a conversation can unite not only two artists but also whoever wants to join in and participate.

I admit that at times, the art and the process of interpretation doesn’t appear to me as clear as I wish it would. I sometimes end up not wanting to dig a little further and understand why and how these pieces have come  hung in a prestigious contemporary gallery. There is no manual to contemporary art, this type of artistic endeavour doesn’t seem to aim for intellectuals and connoisseurs only. They notify the urgency to stop quarrelling with the classical format of art, and to accept a newer version, in which the viewer and the artist are on the same side fighting to wake up the minds and raise voices, for the benefit of one common vision.