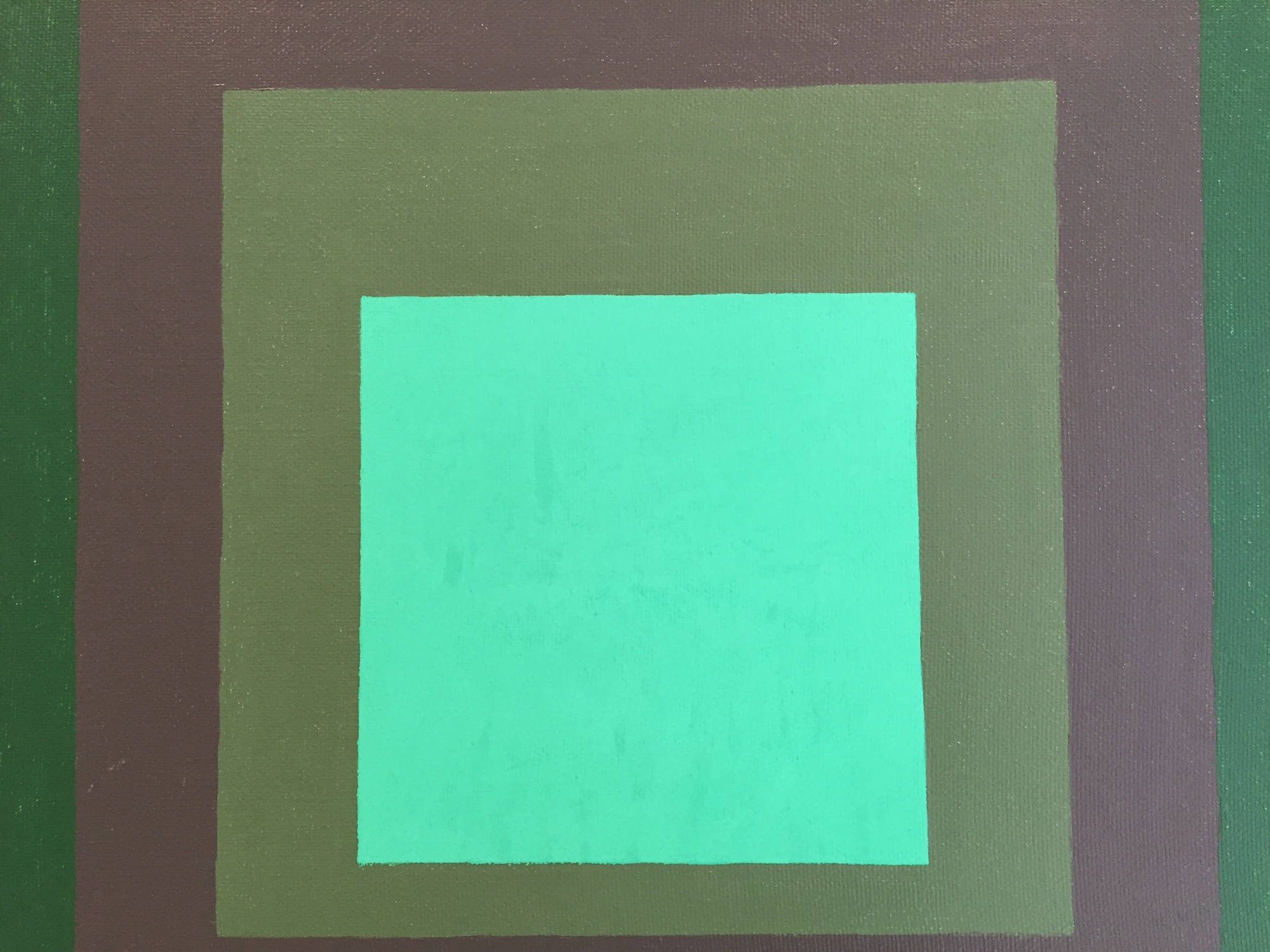 When the subject matter is colour itself, what are we looking at? Minimalists have allowed such reflections, with the depiction of colour only, into their works. Presented on classical canvases, geometrical bases, or objects placed on the floor, the interpretation of colour has been explored since the mid 20th century until now, in all forms and spaces. The Waddington Custot gallery presents an array of artists who tested and analysed with pigments in relation to the viewer, and its impact on the meaning of an art piece which “only” speaks with the language of colour.

Sculptures, mobiles, canvases, lightings, and objects are spread out in the three rooms of the gallery. The disposition of the pieces brings clarity and openness. Each piece bounces back well from the previous one, giving me directions to uncover the use of colour in an art which only focuses on perception, vision, and instinct. The conversation, which goes on within the exhibition, elaborates how hues and tints can be used in art solely as a subject matter, without any other representation.

Searching for superficial forms to enhance colour would be vain. The forms on which the paint lays are usually flat, and simple. Helio Oiticica’s mobile, Anthony Caro’s object and David Annesley and Paul Feeley’s sculptures engender a unique kind of rendering, which entwines a new type of canvas with a new type of content. The colours are delimited by the shape of the object/sculpture, which does not answer to an academic standard. In Peter Halley’s Blue Cell, the base on which the paint is applied has been transformed to generate contrast between the texture and the shades. I have had to take a step back from how I usually look at an art piece. In this instance, I observe details of the paint, brushstrokes and textures, instead of immediately focusing on the overall composition. In between the layers in Joseph Albers’ Study for Homage to the Square: “Cool illumination” and “Persistent”, the exploration of hues through gradients and basic geometric shapes transcends.
In Eiger, Jeremy Moon opposes coloured dots to a monochromatic background. The work ignores perfect symmetry and order. Where there is an unusual activity between two colours, interesting enough for the eye to manufacture new perceptions, interest lies for the artist, and therefore the viewer.

The artists in the exhibition have resigned looking at paintings as conveyors of messages and meanings. They direct their research into one organic shared concept: the one of continuity, lines, and harmony, all orderly mannered. The works of Ian Davenport, Yuko Shiraishi, and Joseph Kosuth illustrate this notion: a world where pure colours and shapes dominate.
This realization comes to my mind as I advance in the gallery. The more the artworks are stripped off from any form of living essence, the more I concentrate on the linear forms and the unaltered colours. Is this the only way to interact with colour? Is this vision of geometry inherent to pure colour? There seems to be a certain order and scenario as to how to approach colour in its purest form, which is developed here in the gallery. It feels like entering another dimension where colours, shapes, and eyes are the only components.