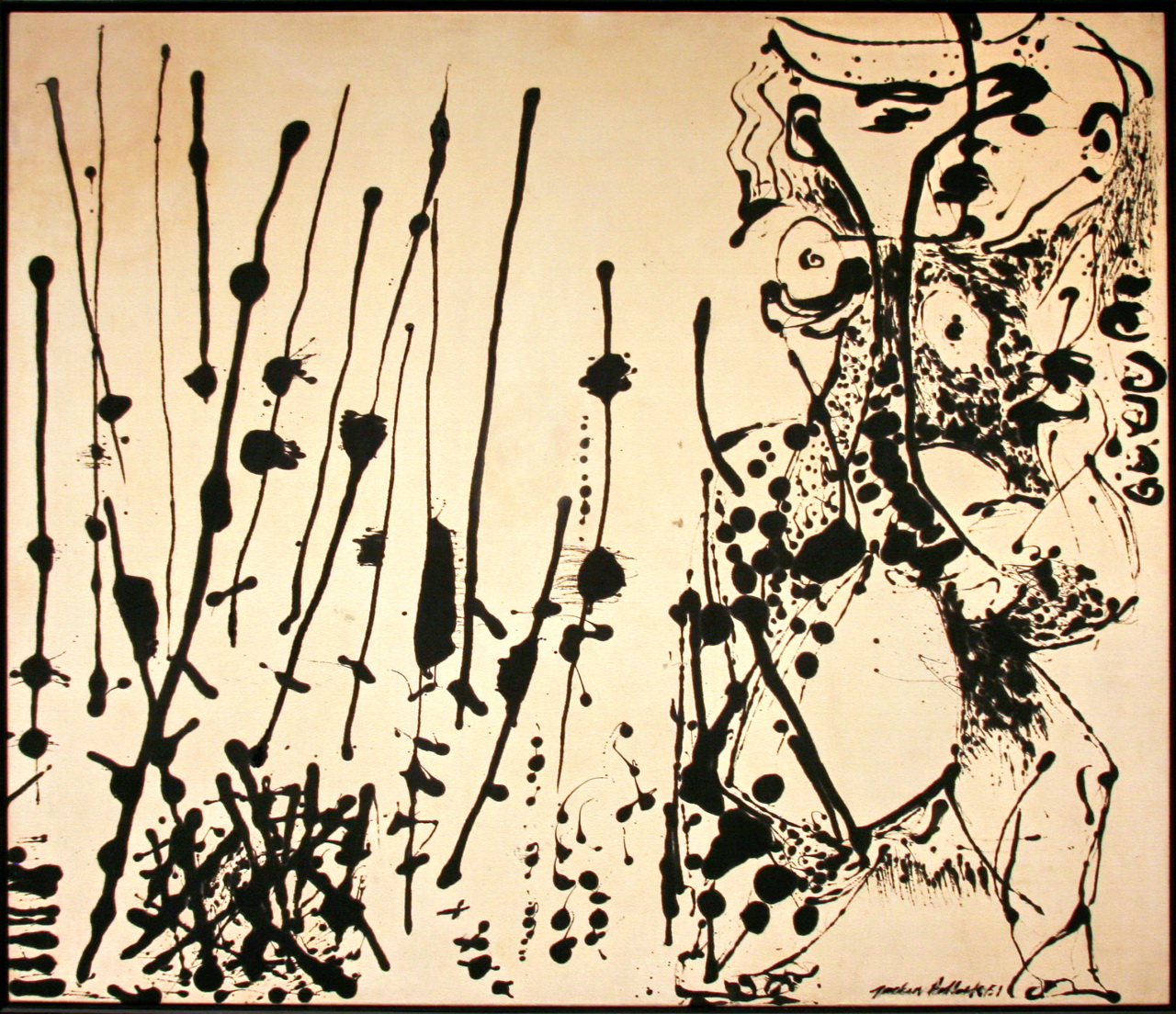 Lines and dots jotted on a monochrome beige background on the left hand side of the canvas. On the right, two individuals holding each other close.

The sticks on the left are drawn with a couple of circular components reminiscent of triggers. The longer ones vertically aligned appear to be rifles and shotguns, the shorter ones arranged in disarray, guns. Weapons, the symbol of violence and death used to scare and kill. In a fraction of a second, anyone can die. Their impressive power evokes the sudden explosion of a fire lighting. The same phenomenon observed when a match is burned. Perhaps these odd shapes are both guns and matches, wanting to tell the same story.

Two characters are intertwined on the right side of the canvas. Both their faces are embedded into one another. Looking at each other, their eyes are perceptible yet their bodies are completely meshed. They are made of the same shape, long lines and circular components. Dangerous products inhabit their incandescent inner parts. If they stay too close they might ignite, burn, and become air. What could possibly cause such a tragic ending? Their repulsion for one another. Their attraction for one another. If both motives lead to the same purpose they are no right or wrong, isn’t there? Two human beings love and hate each other so much leading their destiny their disappearance.

One has to fear their formidable inner-self before they approach their inner-equivalent. As there is no logic to hate and love, “once the trigger is pulled, the explosion follows”, says the story.