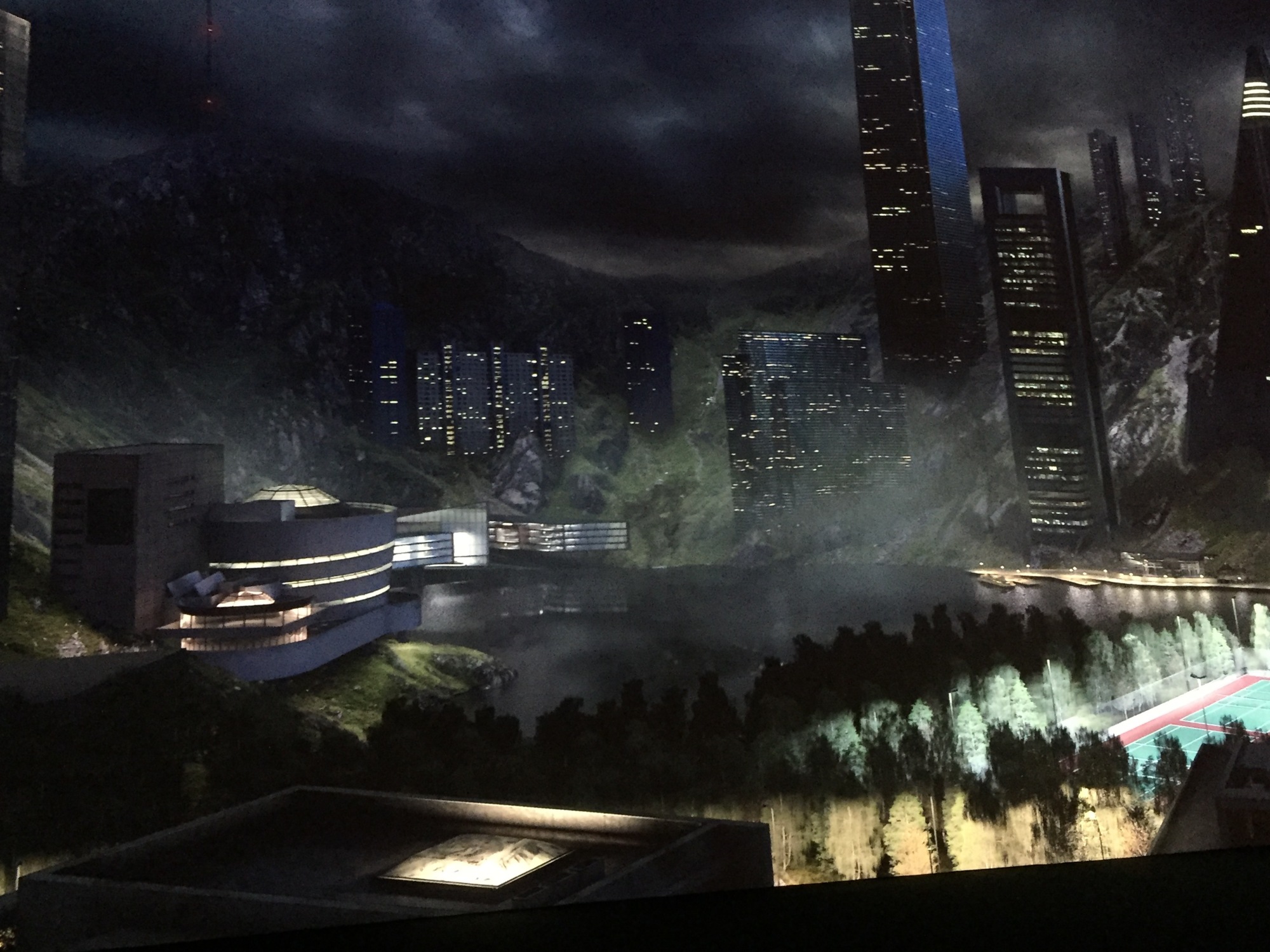 Artes Mundi is Wales’ biggest contemporary visual art exhibition in the UK. International curators Elise Atangana, AIistair Hudson and Marie Muracciole carefully selected 6 names from 800 nominations for this year’s edition. The exhibition takes place in two different locations: The National Museum Cardiff and Chapter. Artes Mundi 7 has invited artists to develop the thematic idea of What it means to be human in contemporary society?

There’s no right way to begin the exhibition.  I step into the room of the museum’s first floor, dedicated to the first artist: Lamia Joreige. The Lebanese artist’s work is titled Under-Writing Beirut, within which she first explores the damage left by the destruction of the National Museum of Beirut, during the consecutive wars. In a video occupying an entire room, she describes the Beirut river’s history and its recent and rapid transformation. The video is a long and silent voyage along the dried-out banks, punctuated by the artist’s voice. The tone translates the artist’s bitterness and nostalgia towards her beloved Beirut.
The sequel at Chapter pursues the questioning on the theme of the river. In the second video, Joreige contemplates the area’s gentrification, by conducting interviews and attempting to unfold the uncertain future of the river.

Bedwyr Williams is the second artist featured in the museum. Tyrrau Mawr is about a quiet, make-believe city in the middle of a valley, surrounded by nature. Williams, over a calm melody, describes the activity of the population. The light over the city dims down or gets brighter, creating, alternatively a sunset or a sunrise. The themes of a fictional city, an emotionally charged society, and struggling dwellers recur in William’s work. In relation to the main theme of Artes Mundi, here the position of mankind within our society can be observed. Individualism and capitalism triumph over warmth and collectivity. Williams is effective at creating simple cathartic situations and mirroring Man’s anxieties.
In the following room, Monopoly by Neil Beloufa, consists of a screen, laid on a metallic platform. Headphones are available to understand the narrative of non-actor children playing Monopoly in Kiev. It’s an international game, during which important transactions are made and large amounts of money are handled. The game is interpreted with seriousness, yet the children’s voices and attitudes make the experience surreal.

In Beloufa’s second installation, World Domination, the image of participants having a meeting is projected onto a textured moving screen. Its uneven surface distorts the characters and unsettles the reality factor of the installation. The project, just like the previous one, utilizes fake actors to replicate a political conference, during which serious matters are tackled. We wonder if the discussions are based on true facts, or if the conversations were rehearsed. Why are we looking at a blur, when everything should be transparent and crystal clear?

Seed Journal by Amy Franceschini invites to discover and take information in rather than question and introspect. The co-operative Futurefarmers, founded by the artist focuses on understanding and deconstructing social systems associated with food policies, public transportation and rural farming networks.

In the next room, film director, screenwriter and artist John Akomfrah takes over with Auto Da Fé, a two video installation with simultaneous screenings. Here, Akomfrah approaches historical and contemporary causes of migration. The film brings together eight intercontinental mass migrations which have taken place during the past 400 years, from the flee of Sephardic Jews from Catholic Brazil to Barbados in 1654, migrants from St Pierre in 1850, Bridgetown in 1946, Freetown in 1972, all the way up to the recent Hombori exodus in 2007.
The camera progresses slowly, always capturing the characters’ expressions, spanning from their deep displeasure and embarrassment, to the empowerment that these difficult times have led to. He grasps the difficulties and the underlying horrors by filming the traditional costumes, symbolic gestures and profound looks. Water, a symbol of movement, translates travel and exile. Toys left derelict in the waves, materialize the hundreds of thousands of people, from children to adults, forced out of their countries. The immensity of the landscapes represents the uncontrollable and unknown destinies of these wanderers. It feels impossible to relate to the circumstances which Akomfrah attempts to represent through this video.

There’s one more artist to explore at Chapter. Nástio Mosquito, an Angolan artist who confronts politics, war, sexual politics, unrestrained global consumerism and rapid globalization. The characteristic of his work is his self-embodiment as a central character. He debuts The Transitory Suppository project at Artes Mundi 7: based around a fictional scenario, the artist builds the story of a despotic leader in country named Botrovia. The solutions he offers to world problems are fast and practical and are spread out into 4 acts.

It is challenging to find beauty in all the art pieces and perhaps that’s not really the point. The exhibition points out the importance of critical thinking and the importance of questioning. We, as humankind, are entitled to think and question the world around us. Will we be affected directly? Can masses relentlessly educate themselves regarding politics, migration, and capitalism? Understanding how the world is and was run, for a starter, appears to be paramount.